Phuc Sen craft village has long become a special traditional handicraft village of the Nung An people. Not only is this an ordinary craft village, but it also helps ethnic minorities to have stable jobs and income for their families and themselves.

According to recorded history, Phuc Sen village and vestiges have proven to exist that since ancient times, this was the place for engineers, mechanical forging and weapon-making workshops of the Mac dynasty. Tragedy stories revolve around when the Mac dynasty moved the capital Thang Long from 1593 to Cao Bang. The blacksmiths here who work mainly for casting weapons are called soldiers, with extremely strict selection steps that are both healthy and skilled. They mainly come from Phuc Sen, Nung An people.

It is known that this is a village with many buildings born of stone, from wells to fields. Phuc Sen became the only forging village with the largest number of soldiers in the country. The stories revolving around Phuc Sen forging village, casting guns, are completely true during the period of the resistance war against the French to save the country. The stories seem to be full of fairy tales, but at the beginning of the revolutionary war, they showed the importance of forging rudimentary weapons. The crafting of flintlocks, grenade casings, and cannon barrels by the blacksmiths here are truly admirable things.

This is a craft village with an area of ​​more than 31,4km2, the population as of 2019 is about 4.107 with the population density has reached 131 people/km2. Currently, Phuc Sen commune has been divided into 11 hamlets including: Tien Minh, Quoc Dan, Phia Chang, Quoc Tuan, Dai Tien, Dau Co, Lung Dia Tren, Lung Dia Under, Pac Rang, Doan Ket, Khao.

How to get to Phuc Sen

Cao Bang tourism in general and Phuc Sen village in particular have long become attractive tourist destinations attracting a large number of tourists to visit regularly, especially Vietnamese and foreign tourists. To be able to come here, visitors can use different tours to have the best experience to help relax after a long stressful day at work.

Traveling by tour will help save costs as well as great experience services. Choosing the tour, visitors will not need to worry too much about places to play and eat because the travel companies will take care of this problem, visitors can be served all the way. Besides, it will make it easier to save costs.

To be able to go from Hanoi to Phuc Sen craft village, visitors can go by bus. Here are some buses and starting points:

Culture of Nung An people and Phuc Sen craft village

The Nung people are also known as Nung An people because the Nung ethnic group has been divided into 13 small groups including: Nung An, Nung Inh and Nung Loi... most of them live in Phuc Sen. The Nung here mainly live on a small stilt house, which is special for tourists when visiting here. Currently, due to the modernization process, a number of communal houses have been renovated into stone houses, grade houses, where there are storey houses, level 4 houses, but that number is still limited.

In the past, people would embroider themselves, so brocade, especially indigo, was used as a costume. Visitors coming here will experience a number of Qingming festivals that take place on the 3rd day of the third lunar month every year. Blacksmithing of the Nung people in Phuc Sen commune has existed for a long time, thanks to this blacksmithing profession, the number of tourists coming here is relatively large because of their curiosity to learn about the forging of weapons.

This is one of the places that every year attracts many tourists here. In recent years, Cao Bang in general and Phuc Sen village in particular have always been open to welcome visitors all year round. The experience will be more enjoyable when you go with your friends and loved ones. 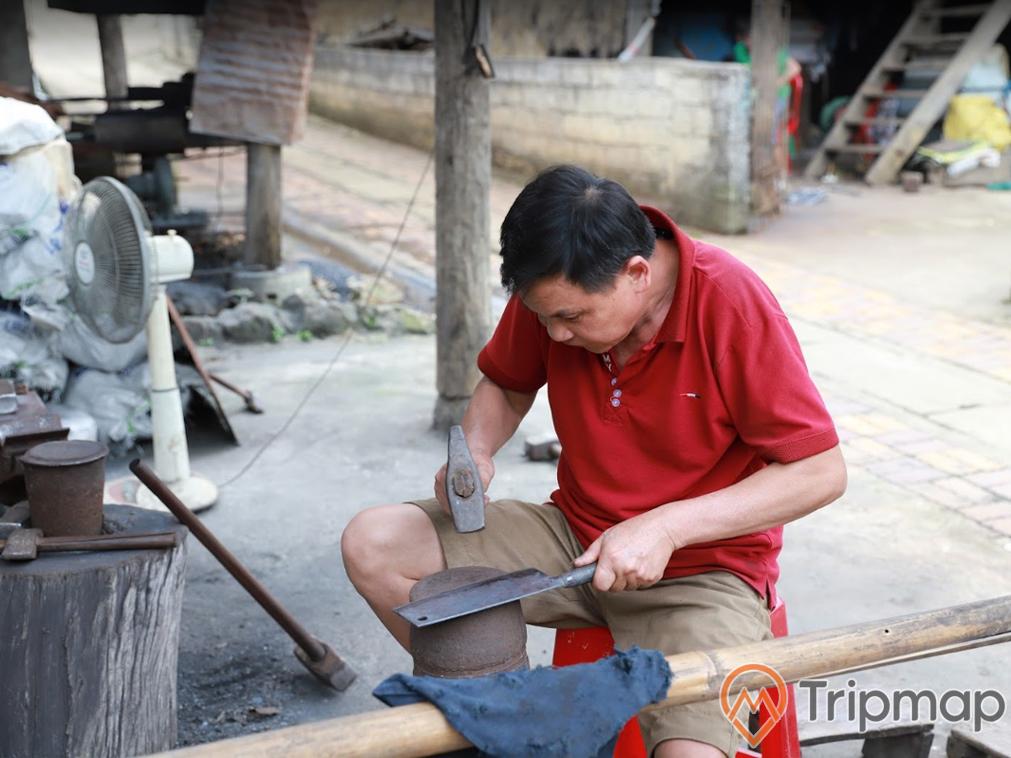 The longtime skilled blacksmith in the traditional village 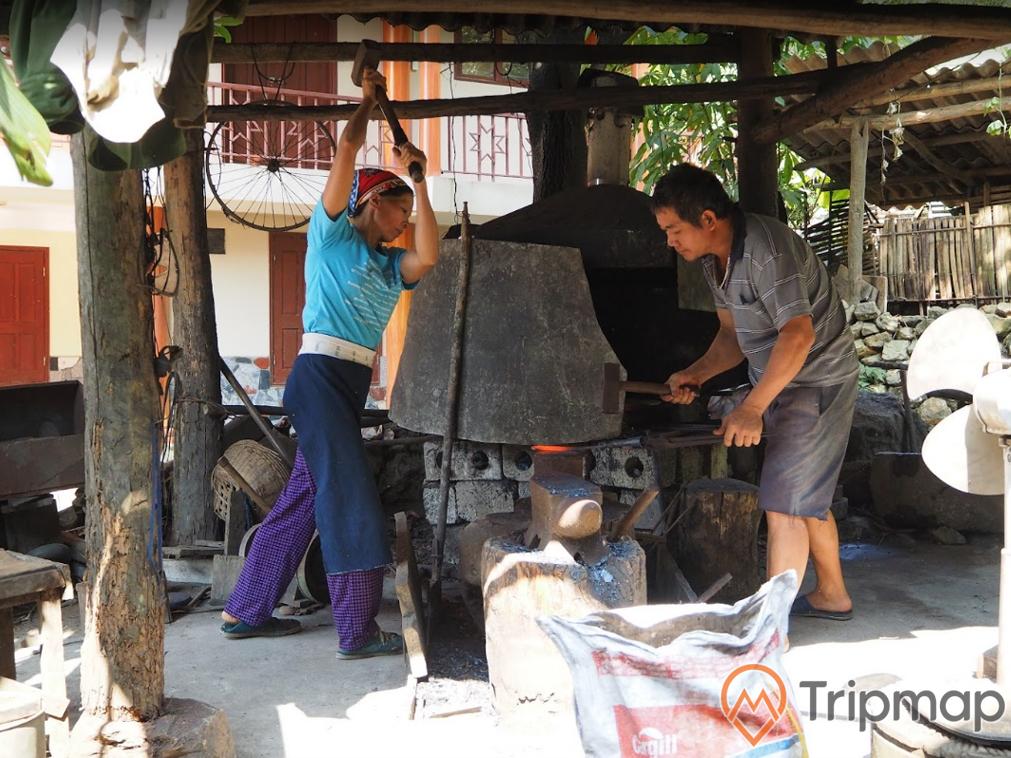 Phuc Sen Forge has a tradition of hundreds of years 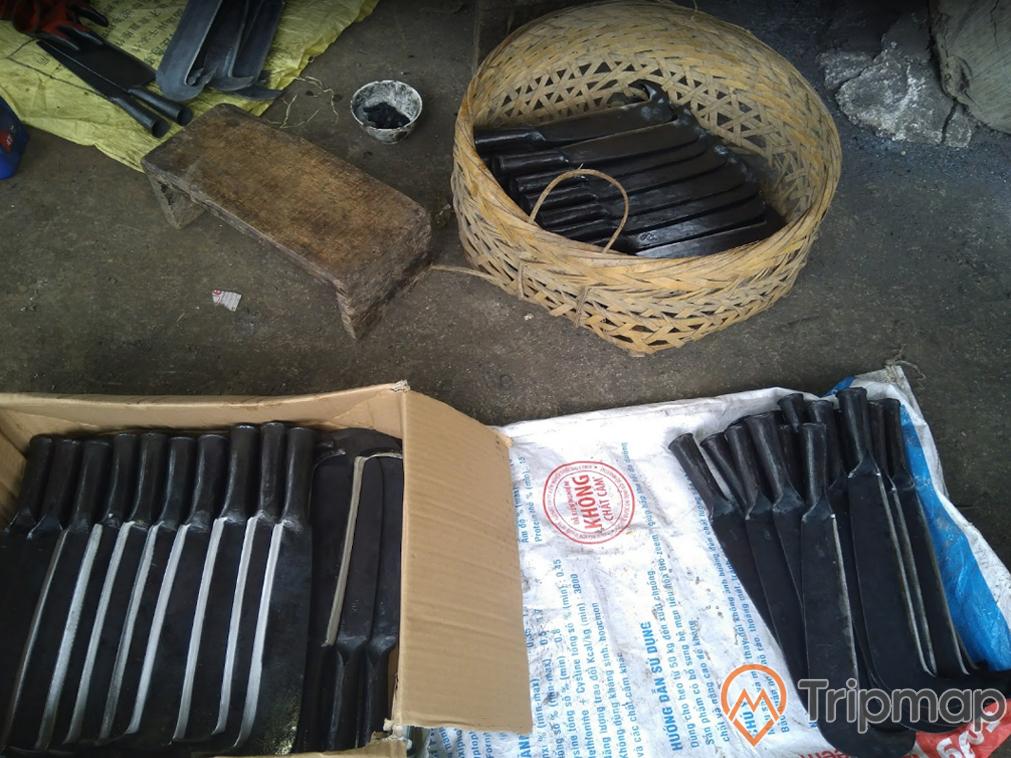 Sharp knives are the products of skilled craftsmen 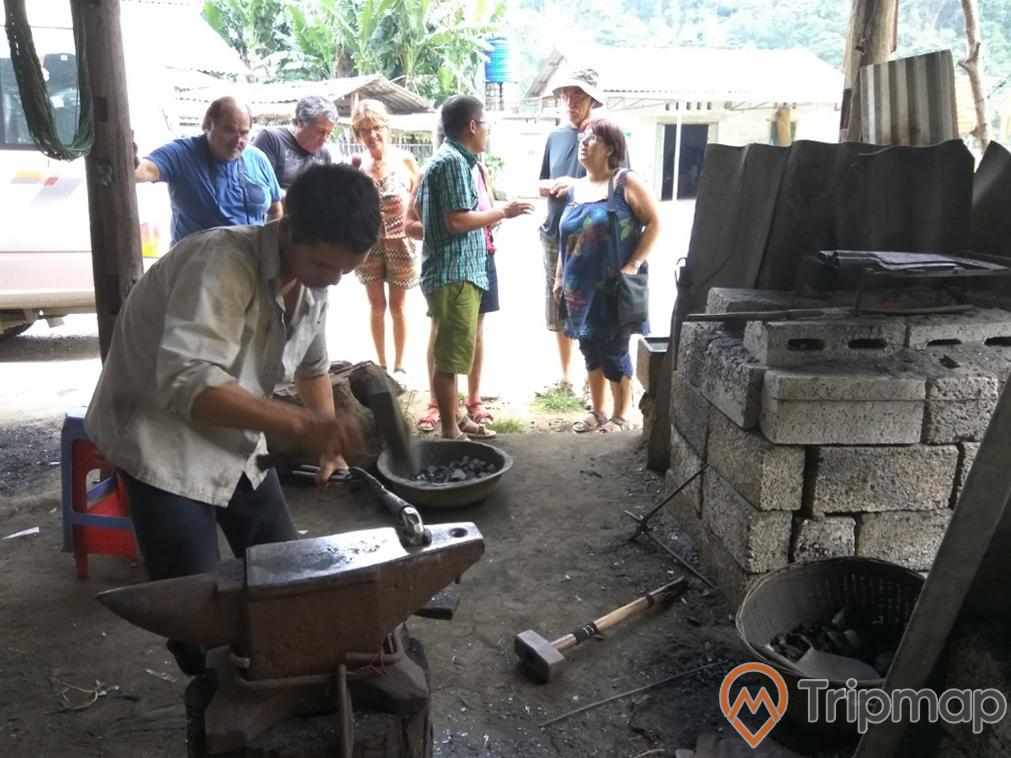 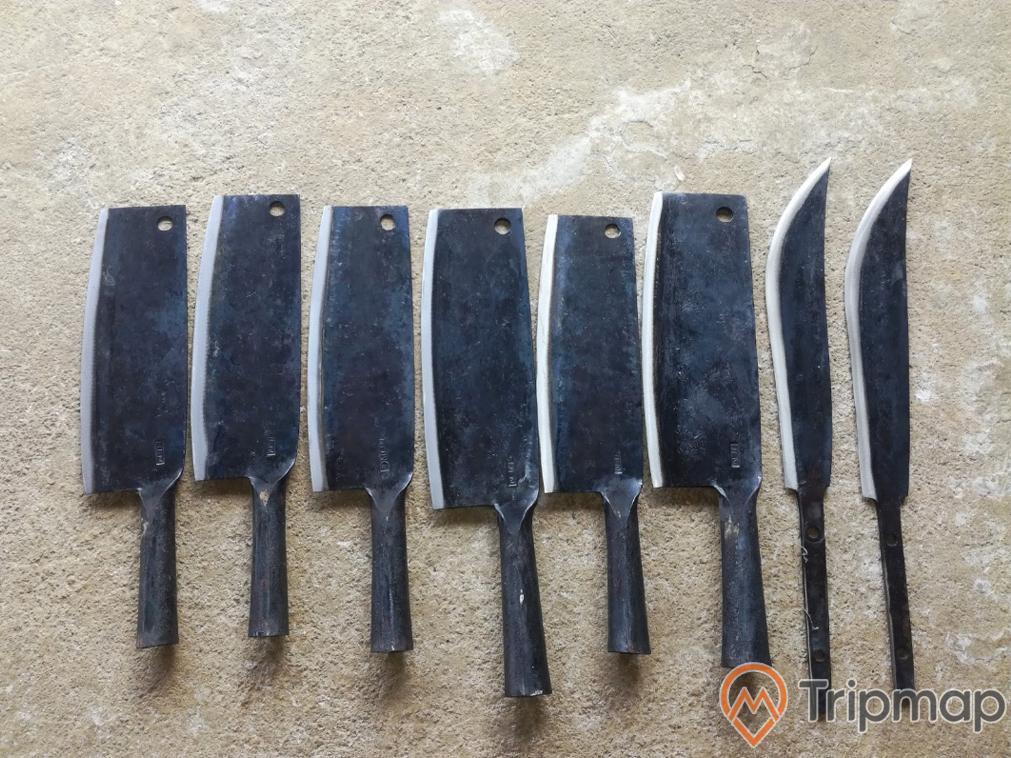 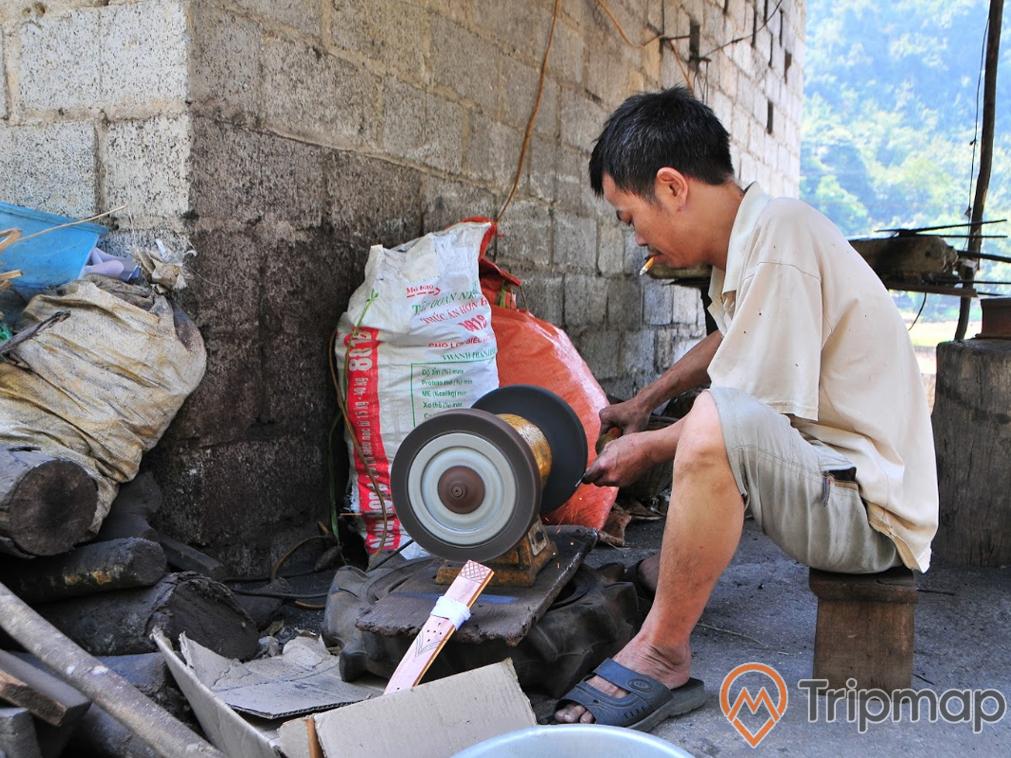 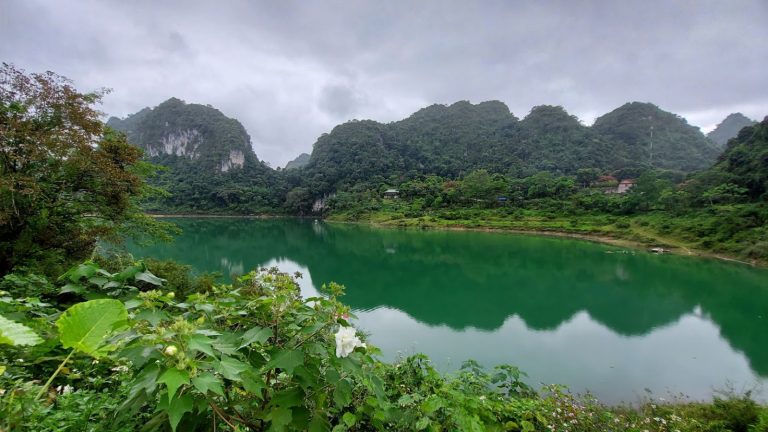 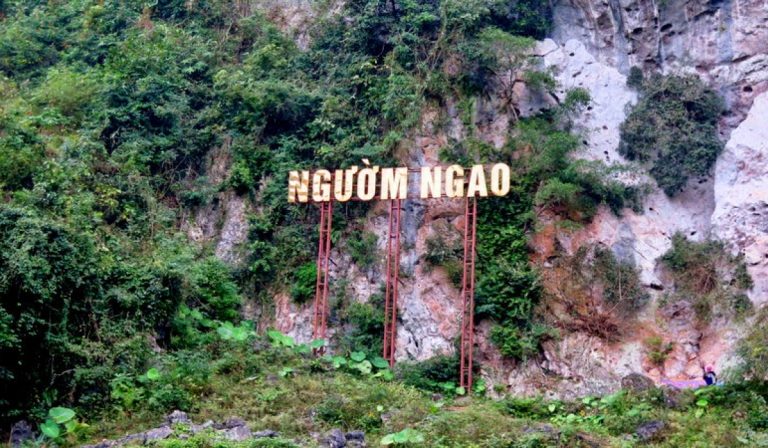 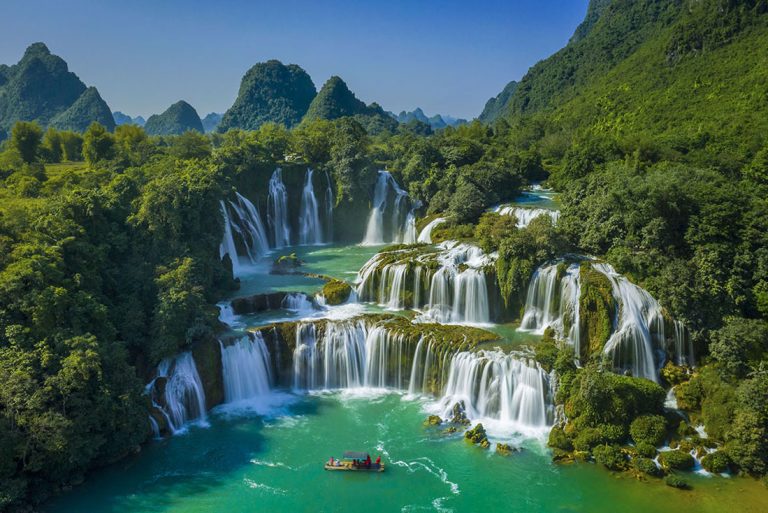 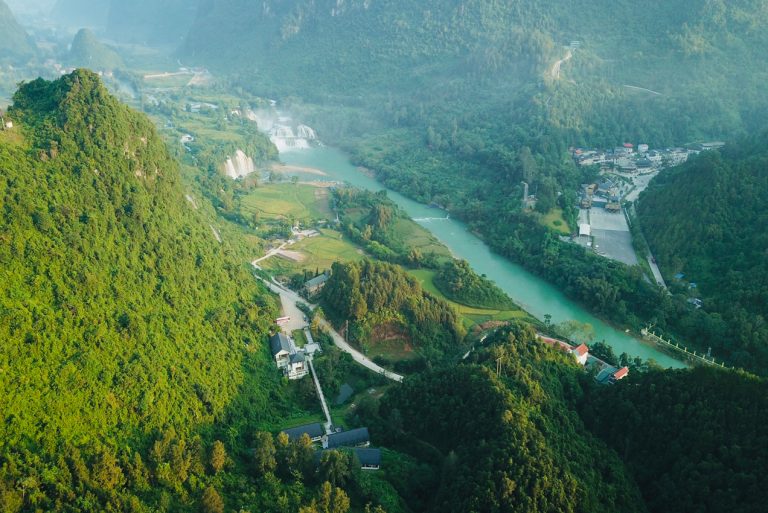 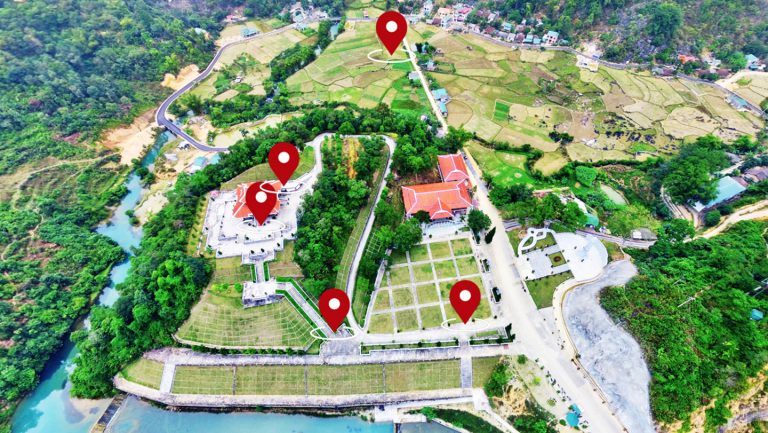 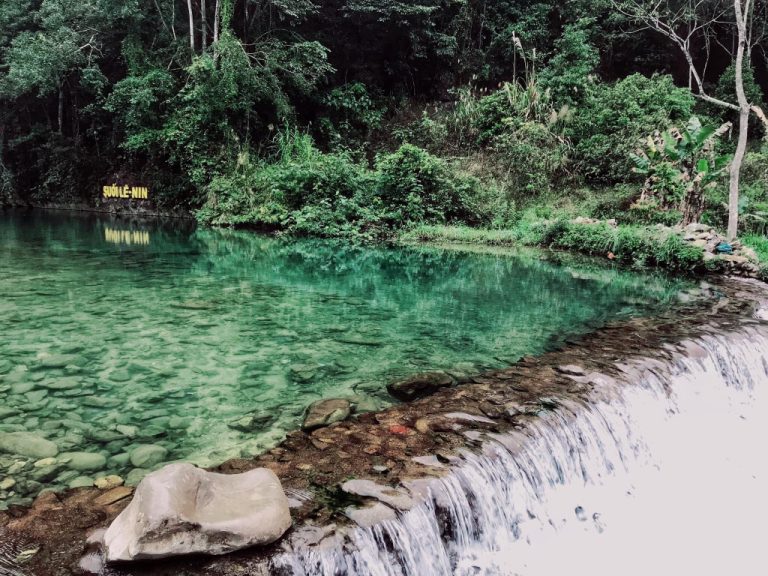 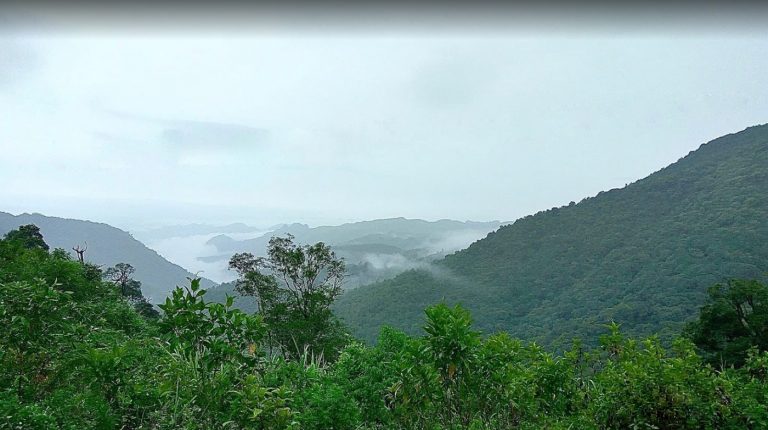