Today, this type of spiritual tourism is becoming more and more popular. For those who like this type of tourism, surely Quynh Lam Pagoda (Quang Ninh) is no longer a strange destination.

Quynh Lam Pagoda or Quynh Lam Tu has long been a famous ancient temple in Quang Ninh. The temple belongs to the Tran Dynasty relic site in Dong Trieu.

This temple is located on the hill in the bow of Dong Trieu (Trang An ward, Dong Trieu town, Quang Ninh Province). This place is about 3,5km from Dong Trieu ward and Ha Long City about 83km.

Quynh Lam Pagoda is located in the center of three areas, Thuong and Ha Sinh. In terms of natural features, this temple has a large lake in front and is surrounded by hills and mountains on three sides. This temple is located in a place that is not only beautiful in terms of scenery but also has special meaning in terms of feng shui. With that special land position, people often call them the throne position, also known as the "Dragon's bow to the tiger".

It is known that Quynh Lam Pagoda has been recognized by the Ministry of Culture and Information as a historical and artistic relic.

The temple has a rich history

Not only is it a destination with a special geographical position, but Quynh Lam Pagoda is also a famous place with a long history. According to records, Quynh Lam Pagoda was built during the reign of King Ly Than Tong. The person with the greatest merit in building the pagoda was the national monk Nguyen Minh Khong.

Not only that in the Ly dynasty, this temple was also very famous for a bronze statue of Maitreya 6 zhang (about 20m) high and was once considered one of the "An Nam Four Great Airs" by the monk Khong himself. Road for construction.

Relics restored through many ages

It can be said that among the temples present in Vietnam, Quynh Lam Pagoda is one of the largest and has a construction and restoration process spanning many dynasties in history. This place is a destination of great value for the history of Truc Lam Buddhism and Vietnamese Buddhism. They are not only a destination of great value in terms of architecture and art, but also the clearest evidence of the many ups and downs, historical events that Vietnamese dynasties have experienced.

During the Tran Dynasty, because it was a temple with a position connected with other Buddhist centers, people focused on investing and expanding its scope so that Quynh Lam also became an important Buddhist center. Can mention the Zen ancestor of Truc Lam Yen Tu sect such as Tran Nhan Tong, Phap Loa, Huyen Quang, etc.

Experiencing many ups and downs of history, on November 19, 11, Quang Ninh Provincial People's Committee approved the project of preserving and remodeling Quynh Lam relic so that it could partially restore the values ​​that once existed. in history. By April 2015, the project was officially started by the People's Union of Dong Trieu town and the Executive Board of the Vietnam Buddhist Sangha in Quang Ninh province.

The project is carried out on the principle of preserving the original elements constituting the monument. The remodeling must be consistent with the traditional architecture and promote the inherent value of the relic.

Quynh Lam Pagoda was newly built according to architectural traces from the Le Dynasty. The terracotta decorative elements are reproduced according to the original models of the Tran and Le dynasties above the roof, balustrade, terrace, etc.

The materials used for restoration are also traditional types such as wood, brick, stone, etc.

Normally, tourists can come to Quynh Lam Pagoda to visit at any time. However, if you are interested in special festivals, there is a Quynh Lam pagoda festival that usually takes place from the 1st to the 4th day of the second lunar month. Spring visitors to the temple in the 2 spring months or Buddhist followers near and far also often take advantage of this occasion with their sincere hearts, all gathered here to offer incense and worship Buddha. 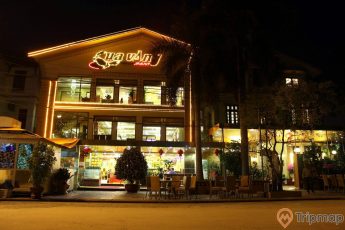 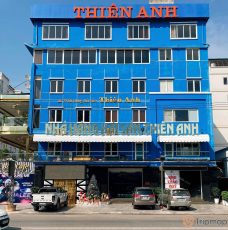 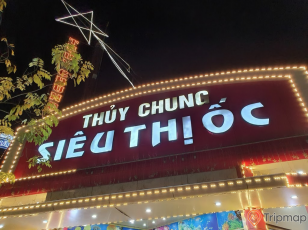 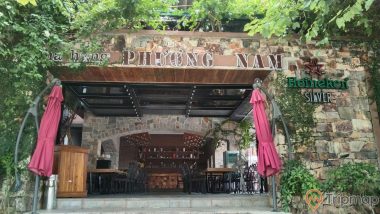 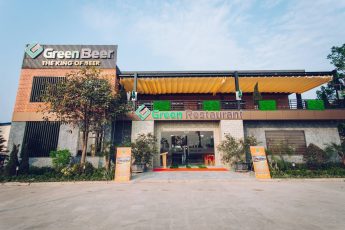 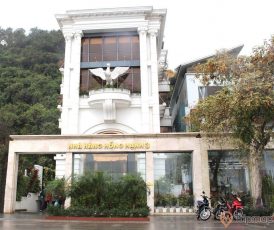 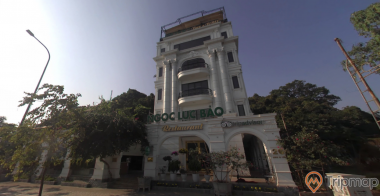 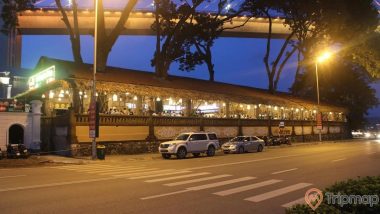 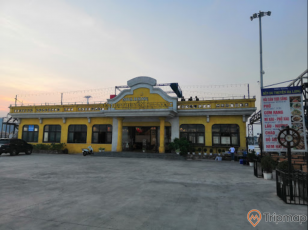 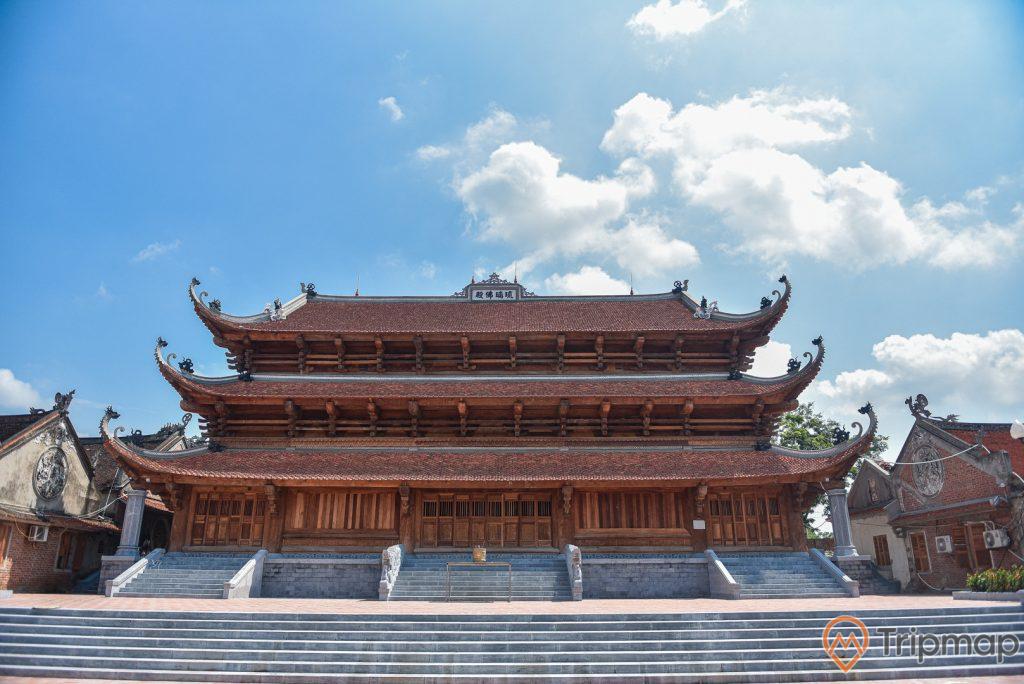 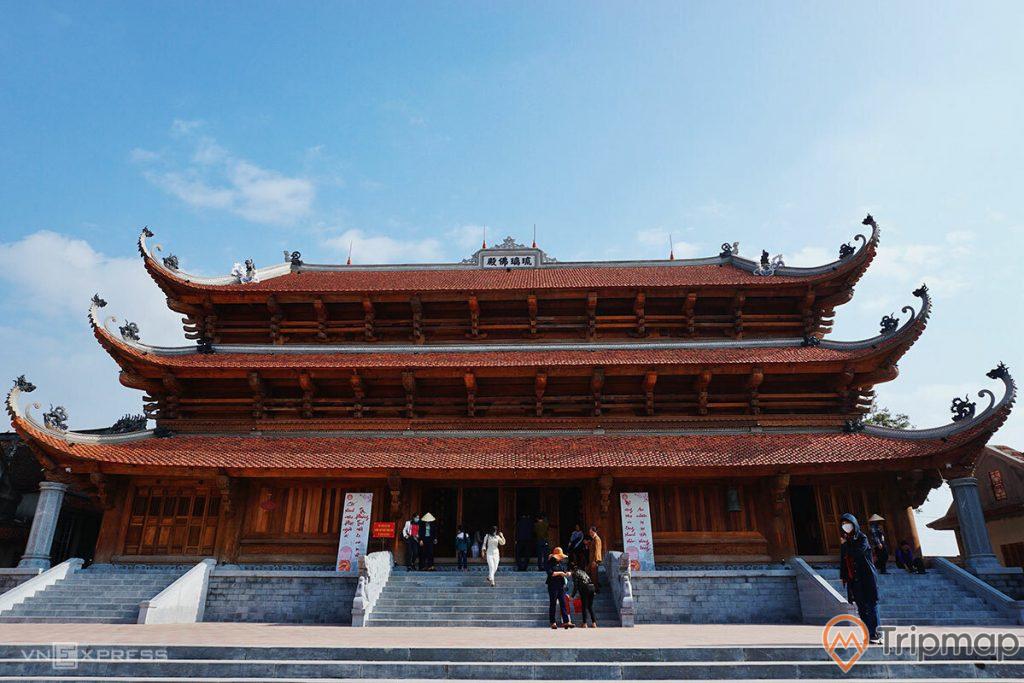 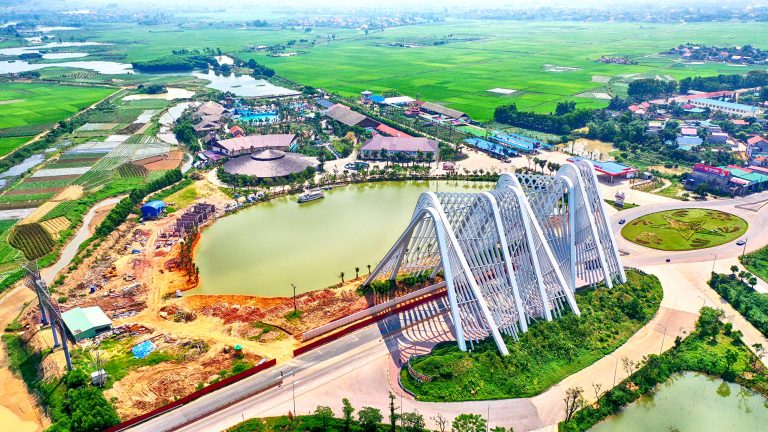 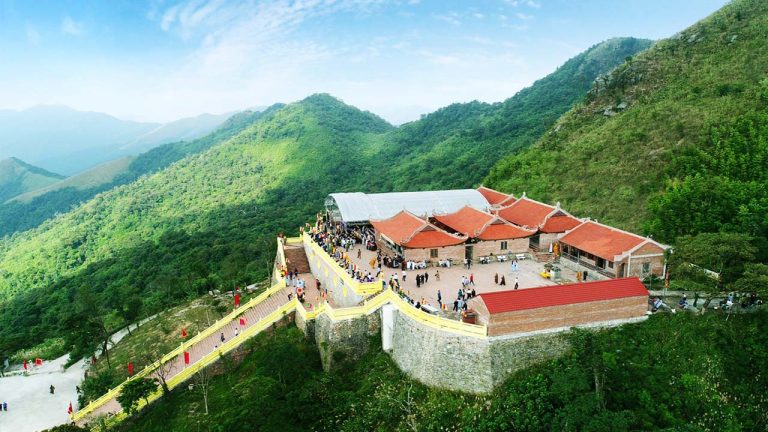 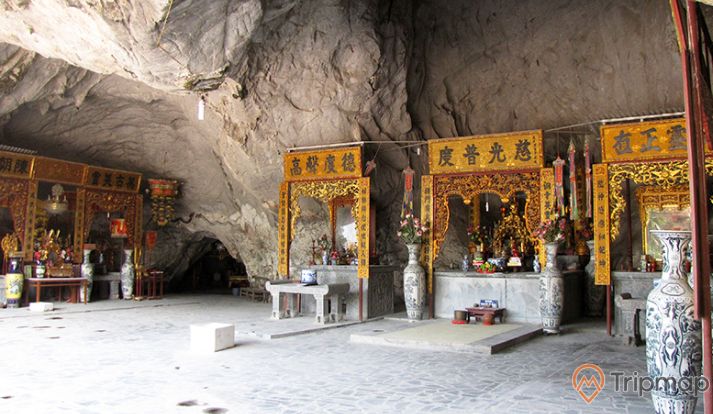 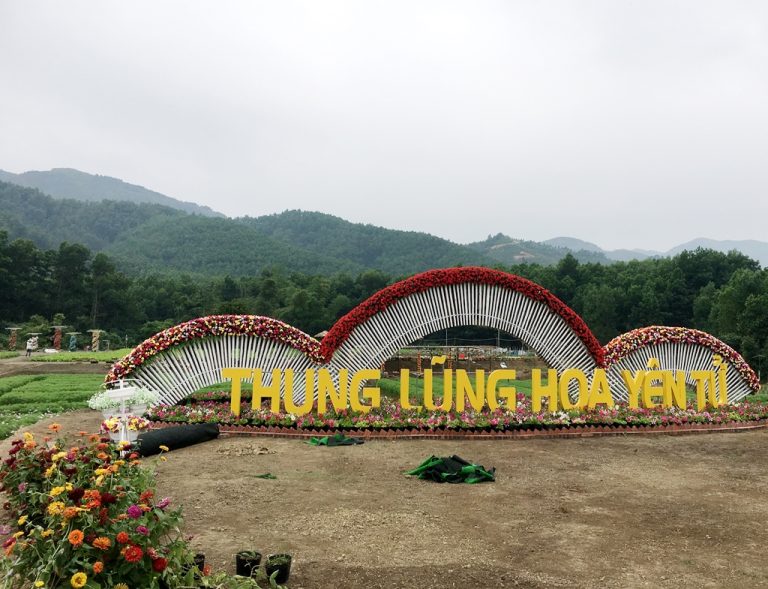 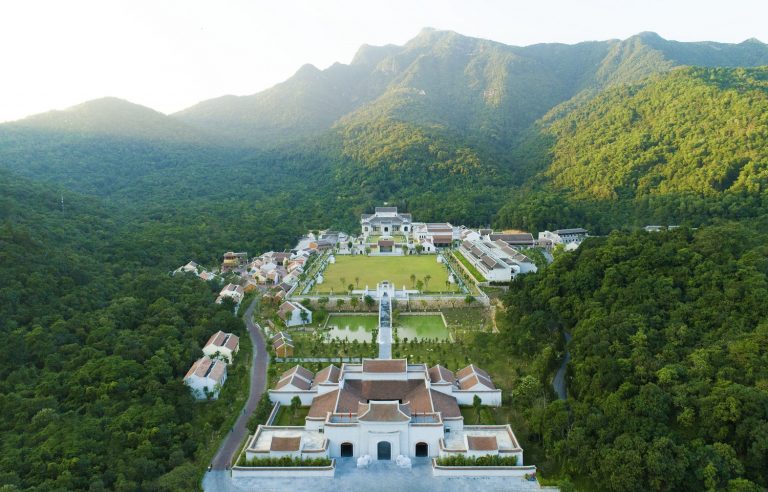 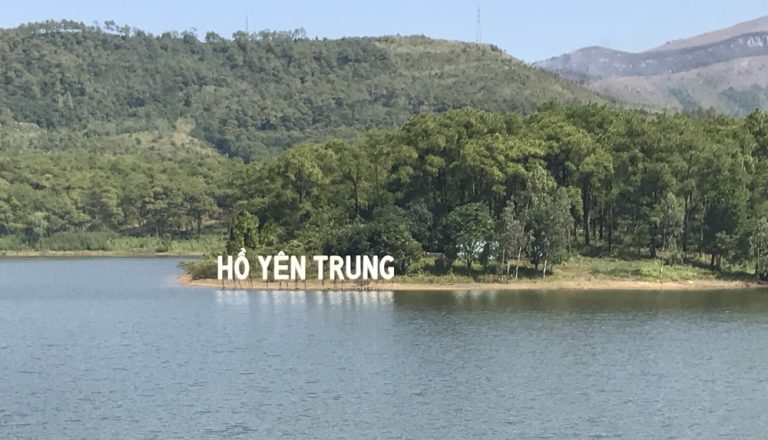 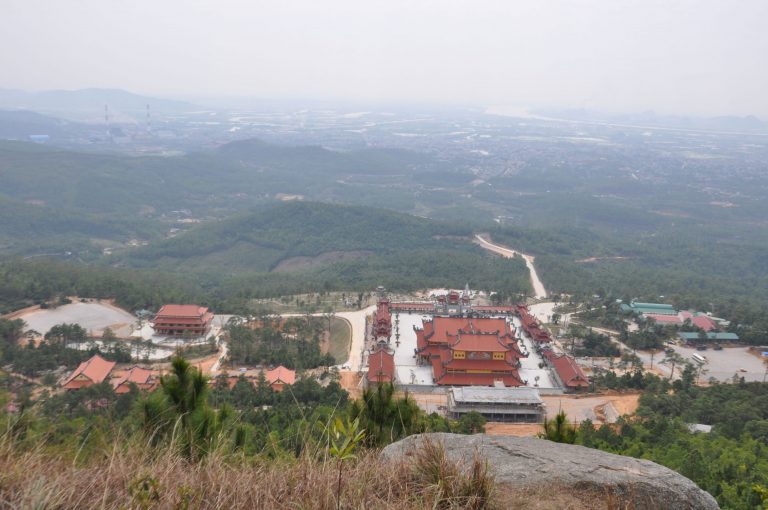 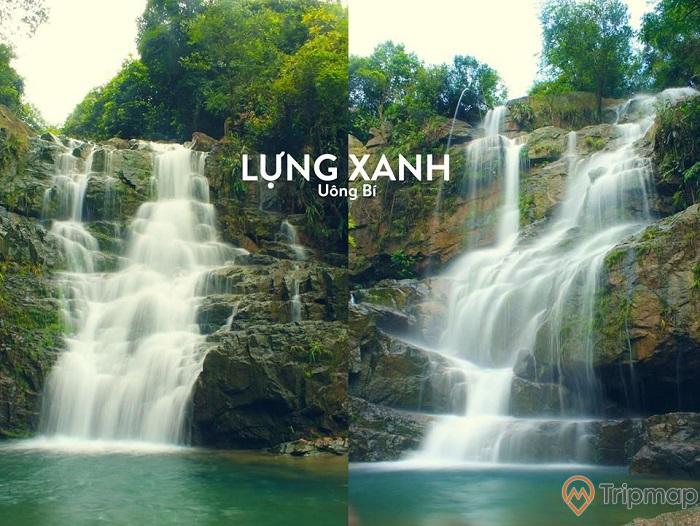 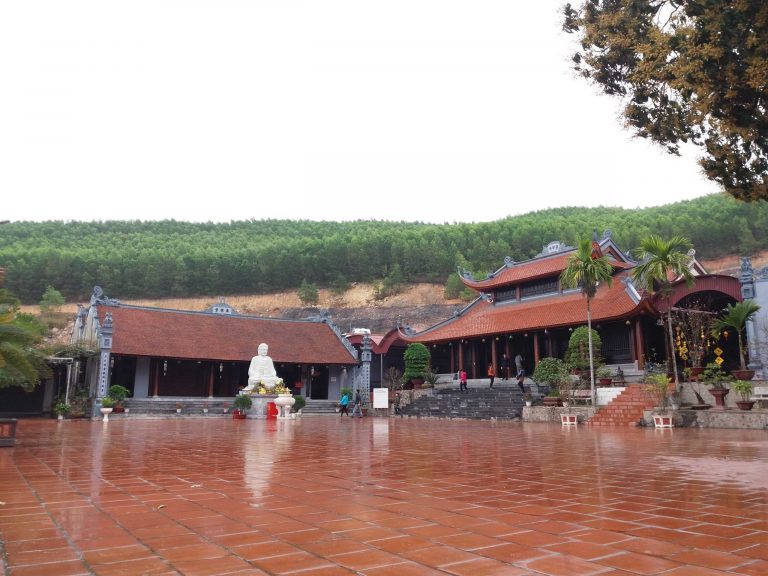