Nam Dinh tourism attracts tourists by the populations of cultural relics imbued with national identity such as: Catholic churches, Tran Temple, Co Le pagoda, Phu Day relic... and it is impossible not to mention the pagoda. Pho Minh - the place to keep the cultural and historical values ​​of the nation. Let's find out how attractive this place is!

According to records, Pho Minh pagoda was built in 1262, west of Trung Quang palace of the Tran kings. However, according to the inscriptions on the stele and on the bell, this temple has existed since the Ly Dynasty. This may be the temple that was rebuilt on a larger scale from 1262, many times of renovation, the pagoda still retains the vestiges of the Tran dynasty.

Pho Minh Pagoda, also known as Thap Pagoda, is a temple located in Tuc Mac village, 5km northwest of Nam Dinh city. Pho Minh Pagoda is 94 km from Hanoi. Characteristics: Pho Minh Pagoda has a large scale, a place of worship and practice of many mandarins and aristocrats of the Tran Dynasty. This place is arranged in a foreign style, clearly showing the imprint of the harmony of the three religions Confucianism - Buddha - Lao. The historical and architectural relic area of ​​Tran temple and Pho Minh pagoda was ranked as a special national relic in 3.

Pho Minh Pagoda is located in the middle of a 700-year-old low-lying rice field, with an ancient pagoda roof, luxuriant ancient trees shading. For centuries, Pho Minh Pagoda has stood proudly and firmly in the face of historical events. This is a work of both artistic and historical value.

The main architectural cluster at Pho Minh pagoda includes 9 front halls, 3 incense burning rooms, and the upper hall with 3 spaces but wider, arranged in the shape of the word "public". The incense crematorium is designed to rotate vertically and intersect the roof with the front street, creating an architectural plan with the font "Ding", length 9m, width 8,23m, including 3 compartments. The Upper Palace has 3 compartments with a length of 12.8 meters and a width of 8.5 meters.

The door system in the middle of the front house has 4 wings made from ironwood, big and thick, carved with dragons and rivers, designed with eye-catching patterns. The middle two wings are carved with two large dragons adoring the Sun in the shape of a leaf. This is considered a very impressive sculpture and retains the imprint of Tran Dynasty carving art.

The pair of stone crocodiles on the Tam Quan steps and the dragons on the steps in the middle are quite unique and contain ancient cultural values.

Inside the pagoda, there is a statue of Tran Nhan Tong entering Nirvana, a statue of Truc Lam Tam An under the shade of bamboo and some other Buddha statues. The large bell of the temple is engraved with the German text in 1796 "Phu Minh Peak". In the past, Pho Minh Pagoda had a large cauldron considered one of the four treasures, but now it is no longer available.

Behind the upper hall, there is an 11-room house, 5 ancestral compartments in the middle, 3 pavilions on the left, and 3 shrine rooms on the right. Two rows of corridors connect the front street with the 11-room house, creating a square frame surrounding the architecture of Pho Minh pagoda.

Some other architectural works such as three pavilions with wooden frames, mossy and ancient tiled roofs, brick walls, and a large mural with four large letters. Two circular lakes are located opposite the two sides of the path leading to the pagoda to drop lotuses, adding to the beauty of Pho Minh Pagoda.

Tam Quan Pho Minh Pagoda has a length of 8.42 meters and a width of 8.98 meters. The architectural frame of the pagoda is designed according to the ancient structure (2 floors and 4 roofs). The temple yard has a tower, the foot of a lotus flower, a prayer column and a stone incense tree. The stele house has a square floor plan, built with 4 meters wide bricks, ancient style (2 floors and 8 roofs), roofed with Southern tiles.

Pho Minh tower was built in 1305 about 20 meters high, 14 floors. The base of the tower and the first floor of Pho Minh tower are built of stone, the remaining floors above are built of bricks. Each floor has 4 arched doors, between floors there is a roof ledge.

Built in the style of the Tran Dynasty, the first floor of the tower is placed on the stone side, with two layers of lotus petals. The pedestal and first floor are carved with feathers on the stone surface such as flowers, leaves, water waves, clouds, etc. The outside of the bricks is decorated with dragon images, typical for the ancient decoration style. According to historical records, in 1308, Buddha Emperor Tran Nhan Tong died in Am Ngoa Van on the top of Tu Phong - Yen Tu and shortly after his son, King Anh Tong, brought 7 of the 21 relics and placed them in a palanquin with bowls of stone and built Pho Minh tower there. From afar, Pho Minh tower looks like a big lotus that shoots straight up into the blue sky. Pho Minh Tower is an architectural work weighing up to 700 tons. Pho Minh Tower has a high, bar and sacred feeling.

Activities and experiences of visitors at Pho Minh Pagoda

When visiting Pho Minh Pagoda, visitors will be able to step into the world with the beauty of spiritual culture, blending into the space of heaven and earth here. Every year, at the temple, many activities take place such as temple ceremonies, Buddha's birthday celebrations, anniversaries, etc. During the festival, many fun activities for people take place.

Pho Minh Pagoda is a spiritual temple, a historical relic of Nam Dinh in particular and of Vietnam in general. If anyone has the opportunity to visit Nam Dinh, do not forget to visit this valuable place Pho Minh pagoda. 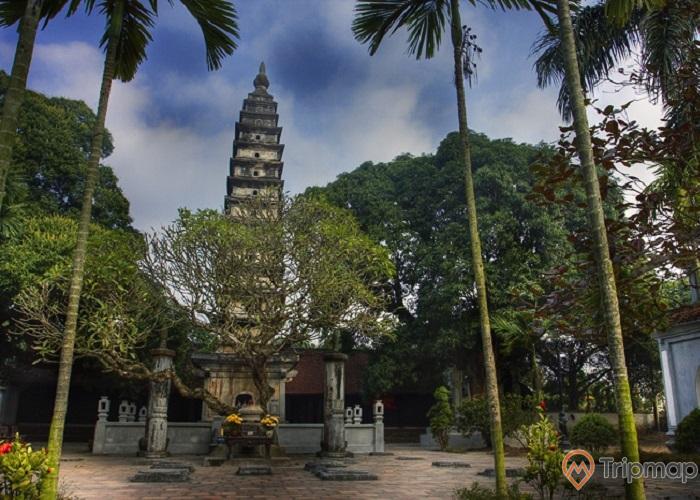 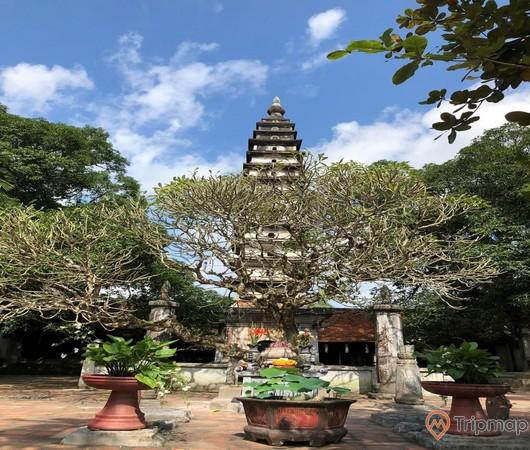 One of the famous places in Nam Dinh 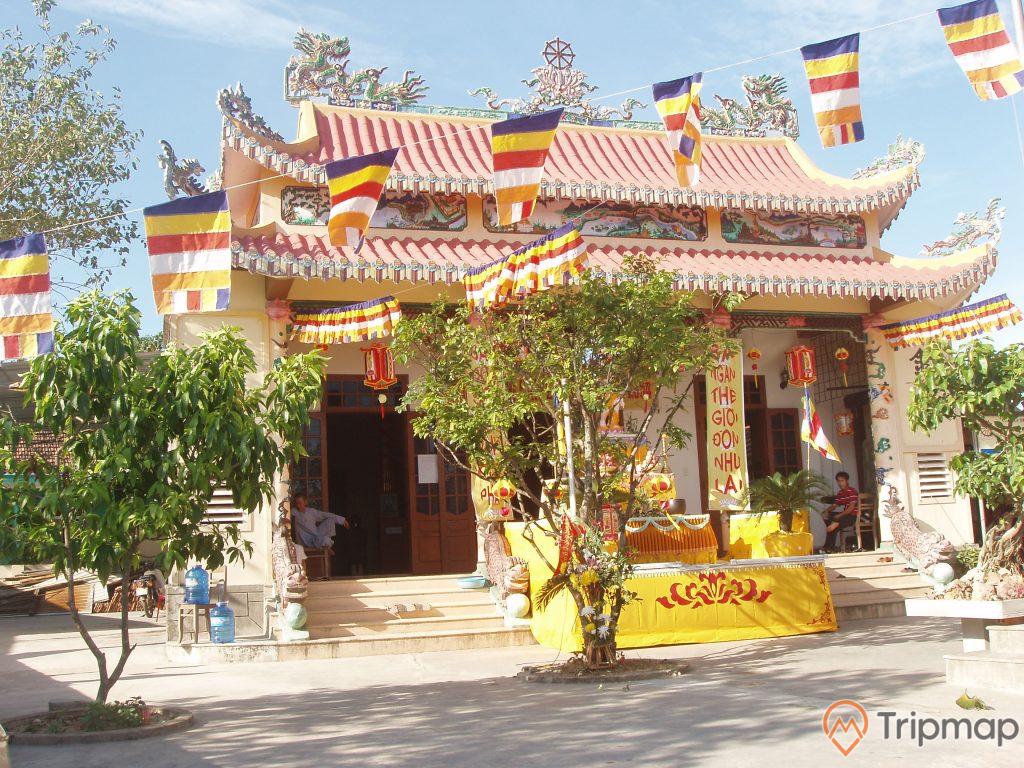 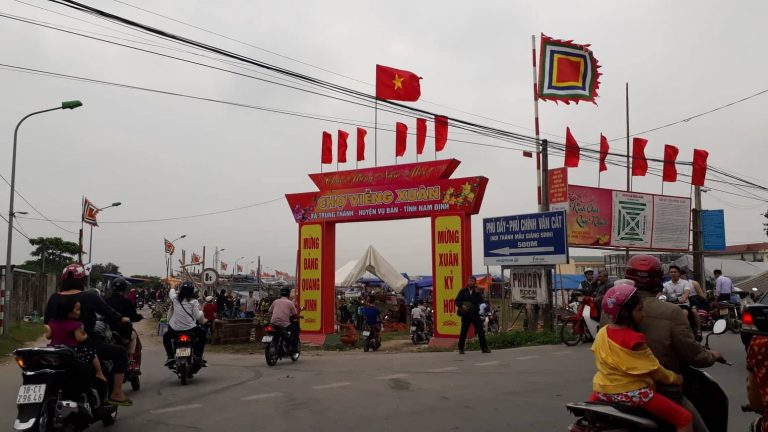 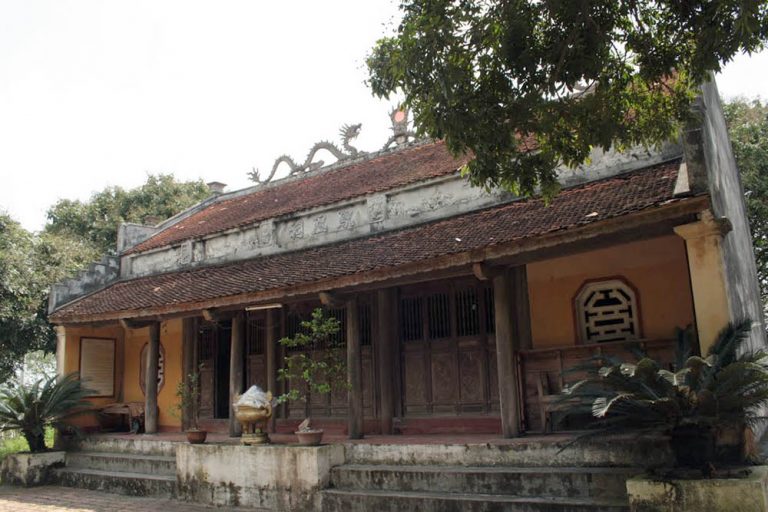 The cluster of relics of Tong Tran and Tien Lu 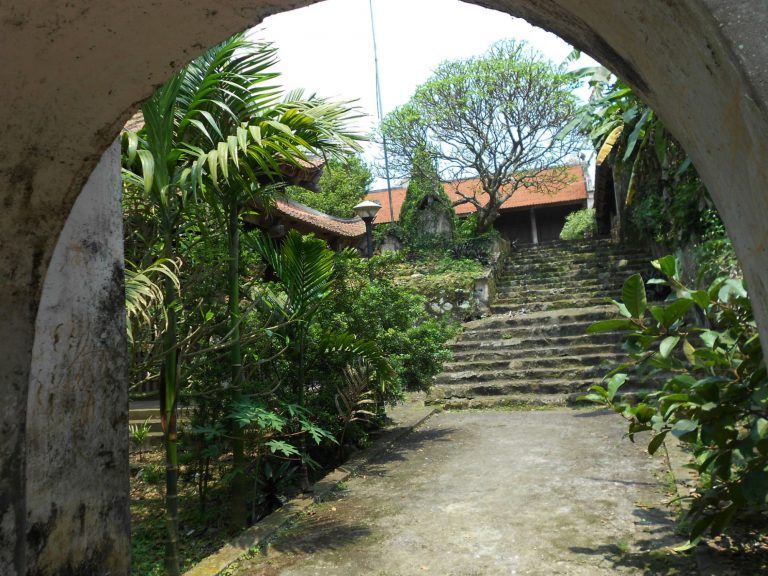 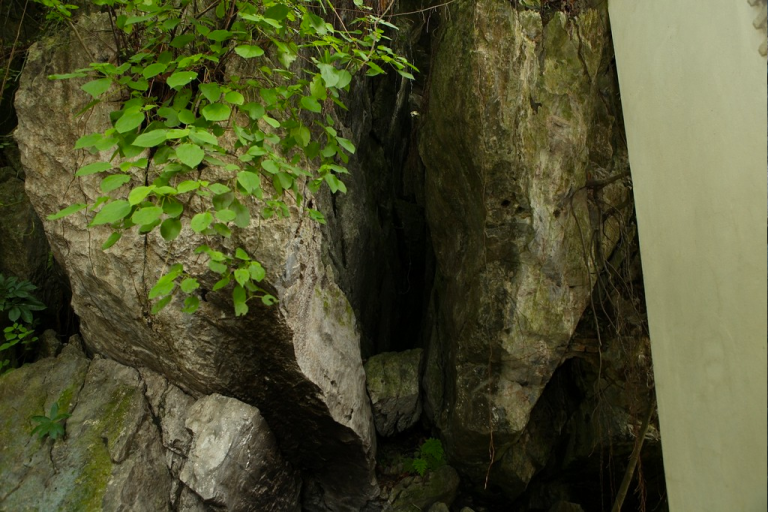 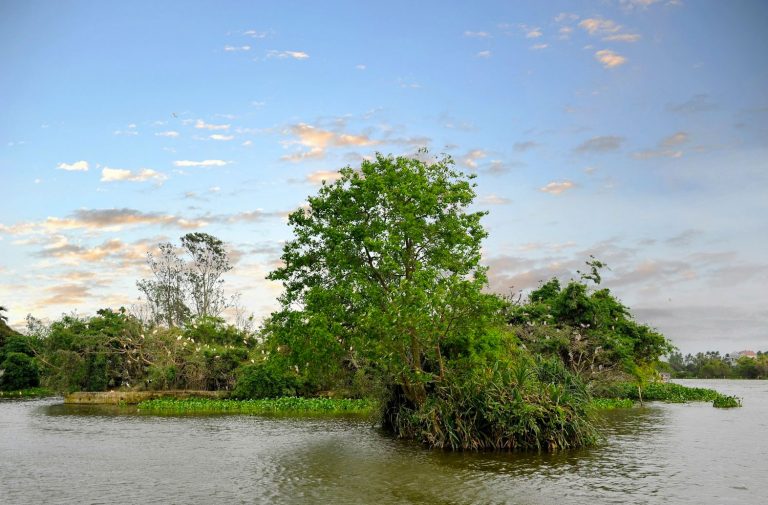 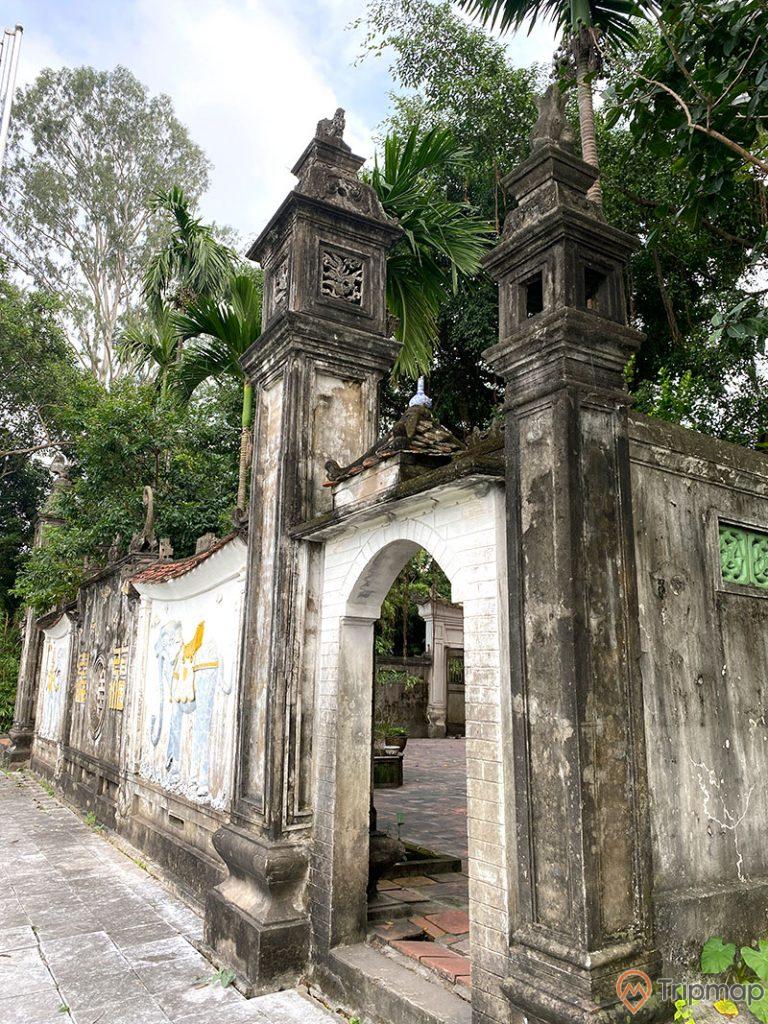 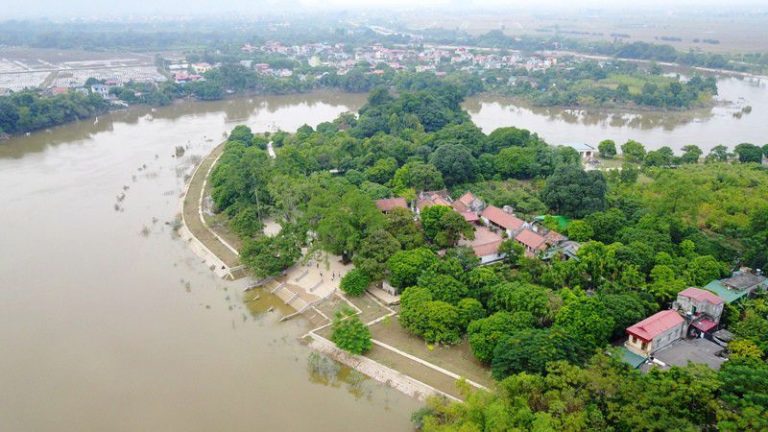 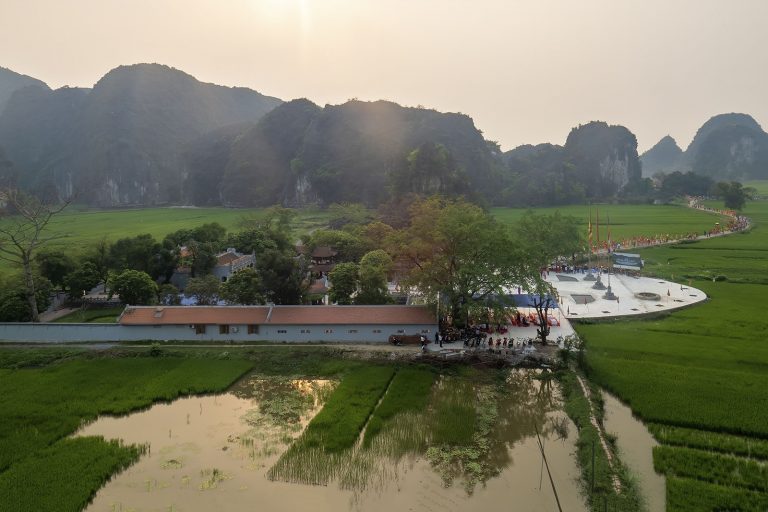 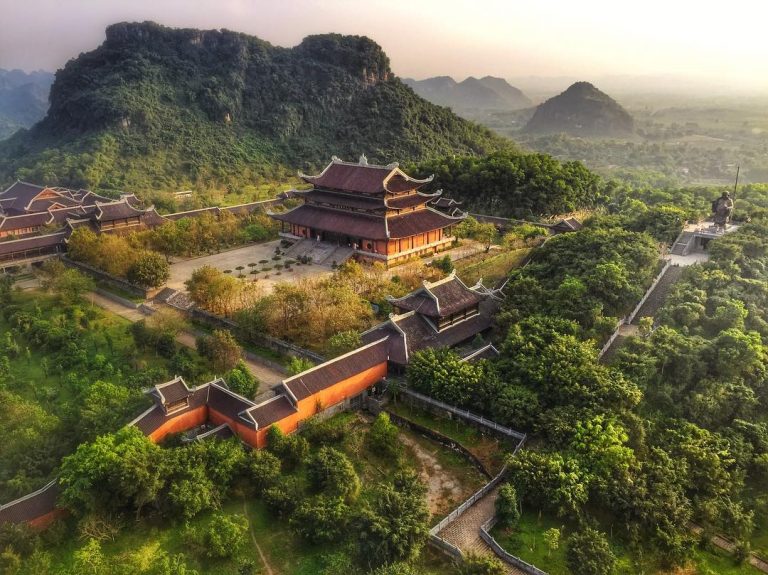